Beleth the King of Hell

Beleth ( also  Bilet, Bileth, Byleth and Bilith )  is the powerful King of the Hell in the Ars Goetia of the Lesser Key of Solomon. He rules 85 legions of spirits.


He appears as a creepy knight riding a pale horse. And a strange music sounds when you see him.  To check if the conjurer is worth him, he appears very fierce . If he will decide that you are strong enough - he will be more kind to you. The magician who summons him , should have in his hand the hazel wand  and must  draw the triangle to the South, East and upwards. Then he should  make Beleth inside it by conjurations.  If Beleth doesn’t want to get into the triangle,  the magician must rehearse all the conjurations, and then Beleth will obey and do all you asked him for.
While making the deal with Beleth , you must respect him, but do not look like a slave. He will not like it.  While summoning him, u must wear a silver ring on the middle finger of the left hand to protect yourself from the fire breathing of the demon.  Beleth is able to trigger any kind of love in all senses, both for men and women - but only if he will satisfied enough while «testing your bravery» before summoning.

This is the sigil of the demon Beleth  . The direct instructions of how  to call for him were written in the Lesser Key of Solomon / Goetia. 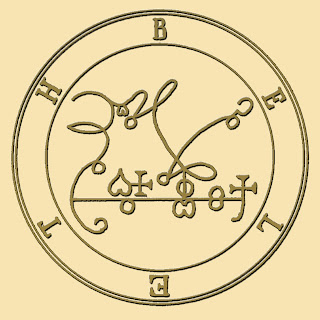 VISIT OUR SHOP TO GET PRODUCTS WITH BELETH 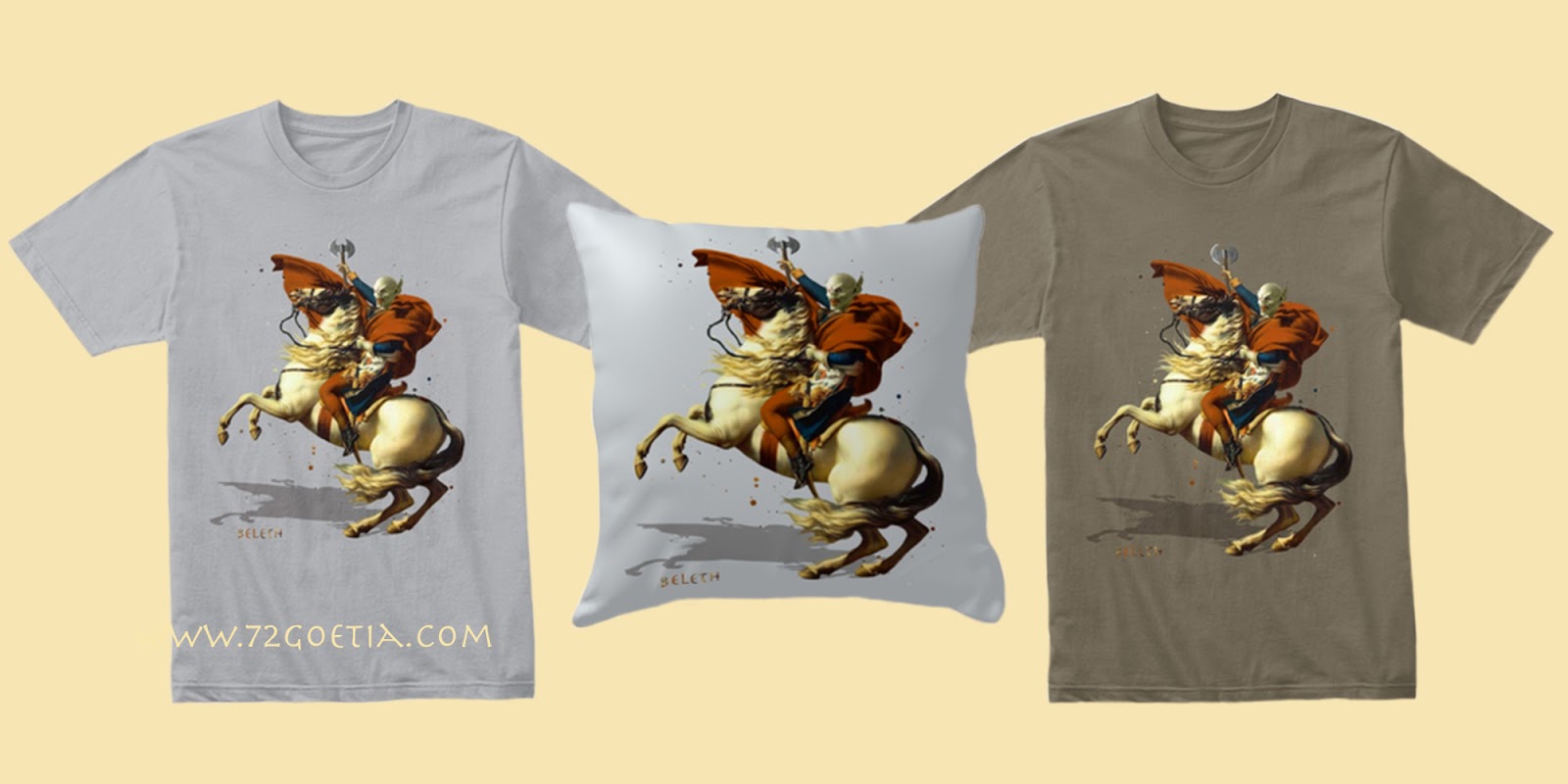