Andromalius the Earl of Hell

Andromalius - the Detective in the world of Spirits.

Andromalius  is the Mighty Earl of Hell in the Ars Goetia of the Lesser Key of Solomon.  He rules 36 legions of spirits.

He appears as a Hermit with the Huge Serpent in his hand.  His service is to reveal the thieves and to give back the stolen things to their owners.  Also Andromalius is able to detect all the hidden plans and evil ideas . This Earl of hell also punishes the thieves and all the Evil people. He can find the hidden treasures too.   Andromalius patronizes Police, detectives and politicians.   He is useful for you  to make curses, revenges and fights with someone, but only if you are not guilty.  Andromalius  is a good  assistant  to search for missing  people, and to discover the truth. That is why he patronizes also the journalists.  This Earl of Hell also able to work in advance -  he can investigate not only the stealing, but also can show people, who plan to steal  something . Also he will help you to reveal the Liars.  Connelly wrote that Andromalius can be the best Guard for your home and property.  You can summon him and ask for this service.  He will protect you not only from stealing , but generally from all the people, who want to harm you in any way.  There was a lot of Evidences , how Andromalius helped people to get back their stolen things. Sometimes he makes it not in direct way, but he will bring great money compensation for it for owner of stolen thing.   For example, one magician summoned Andromalius , when his money were stolen . And that person got huge Award in his job, amount  of it was totally same as money stolen.

This is the sigil of the demon Andromalius  . The direct instructions of how  to call for him were written in the Lesser Key of Solomon / Goetia. 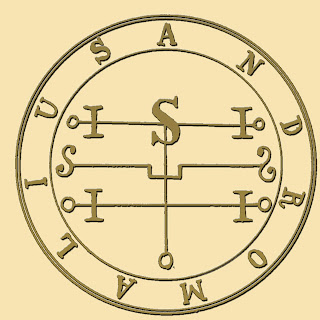 VISIT OUR SHOP TO GET PRODUCTS WITH ANDROMALIUS 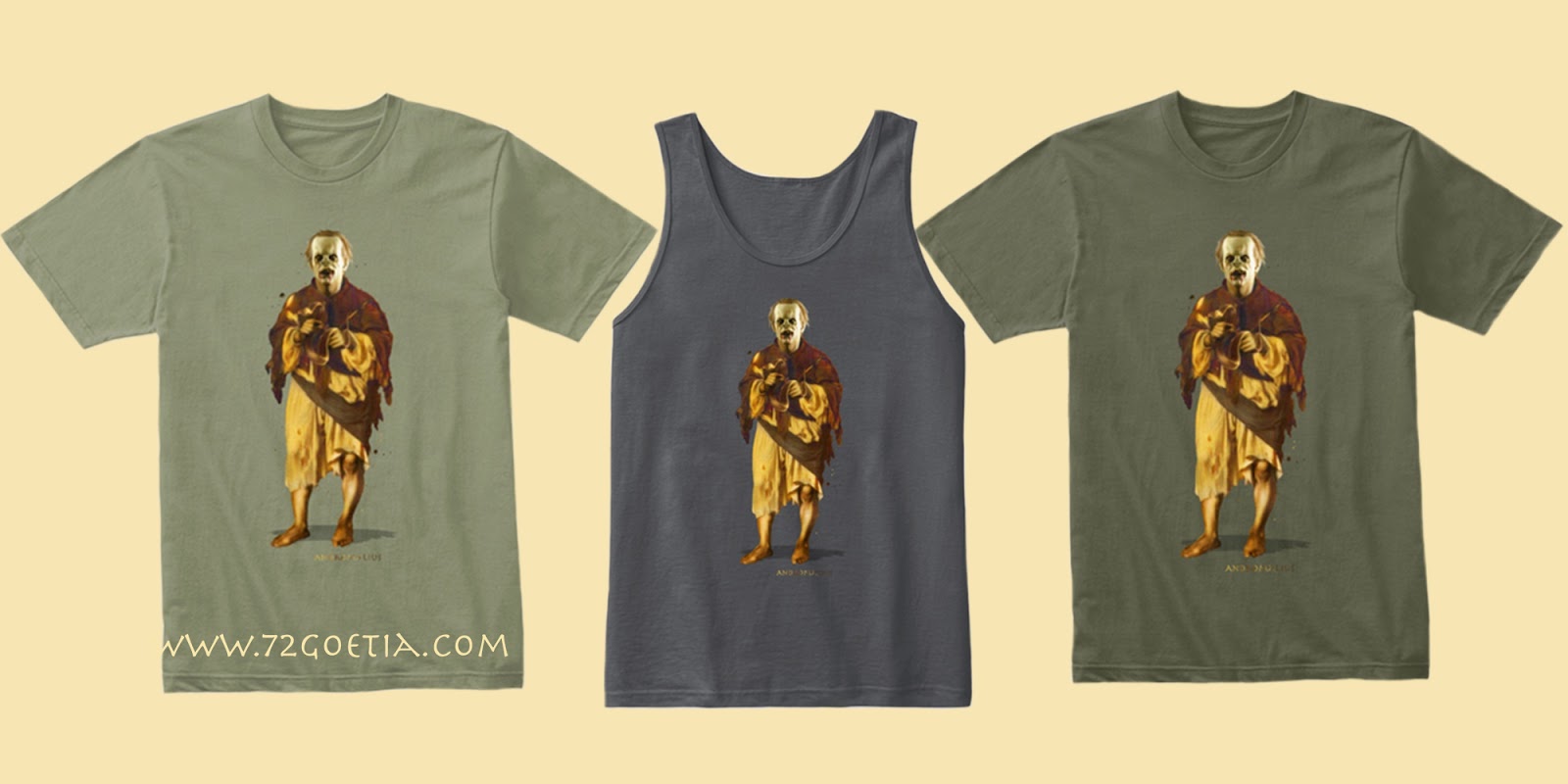