Andrealphus the Marquis of Hell

Andrealphus is the Mighty and Great Marquis of Hell in the Ars Goetia of the Lesser Key of Solomon. He rules 30 legions of spirits.

He appears as a Peacock , very  creepy one. He is very bright  and noisy. He has got the scary  head and  sparkling eyes.  Later he will take his human shape.  He will teach you the arts of Geometry, and all other arts, which are related with the measurements and precision.  Also Andrealphus is the Professor of Astronomy.  He is able to turn people into any type of birds.  There is a theory that Andrealphus is the Ancient God Adrameleh  ( Adramelekh and Adrammelleh ) , who was god of Sun and crafts.  The center of worship him was the city  Sippar (Simerian Zimbir ) - the city of Birds.  Jews told that a lot of babies  were  sacrificed to this God, to his Bronze Sculpture, but scientists had never found their bodies.  In the Jewish Demonology  in the Middle Ages , Adrameleh appears already as demon and the Right hand of Satan .  He was called the Great Chancellor of Satan and he was responsible for his wardrobe .  Also he is 8 from 10 Archdemons in the Late Kabbalah .  Andrealphus the demon speaks both with Low deep voice and High-pitched one.  He is the spirit of the Infernal coven.  This Marquis of Hell is able to carry the conjuror into any astral point of destination.  Connolly wrote in his book, that you should summon this demon if you want to remove the magical curse or influence, made by someone. And also if you wish to seal the things ( spell, portal or situation).

This is the sigil of the demon Andrealphus . The direct instructions of how  to call for him were written in the Lesser Key of Solomon / Goetia. 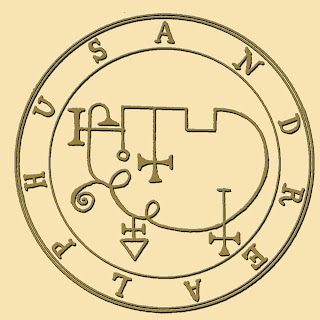 VISIT OUR SHOP TO GET PRODUCTS WITH ANDREALPHUS 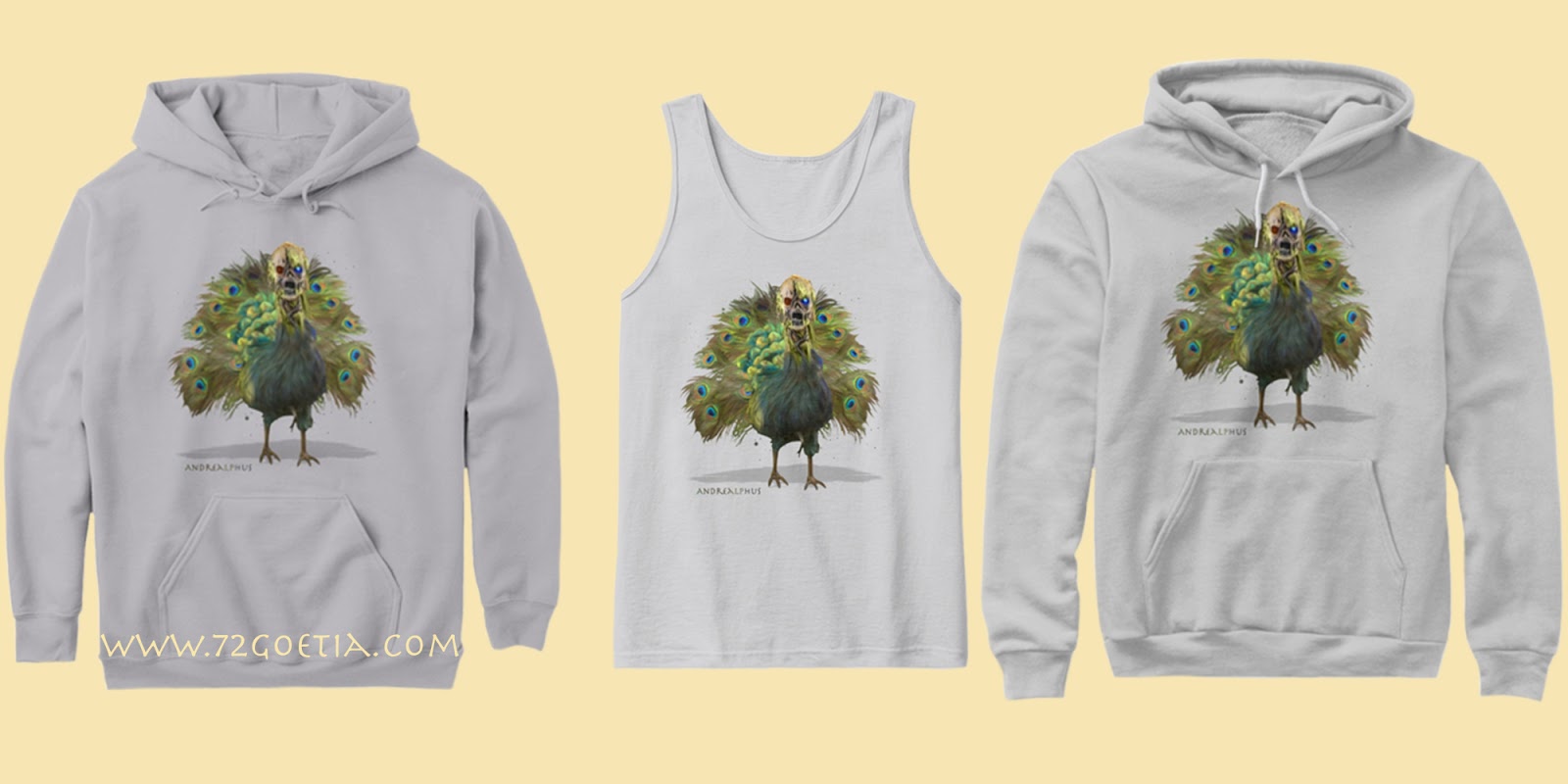