Andras the Marquis of Hell

Andras - the Lord of Discords and Curses.

Andras is the Mighty and Great Marquis  of  Hell in the Ars Goetia of the Lesser Key of Solomon. He rules 30 legions of spirits.

This Marquis appears as an Angel with the head of Raven. He is riding wolf and has the sharp weapon in his hand.  Later  Andras will show to you his human shape - it i is the man with the black hair and dark skin and Red Evil sparkling eyes.  He brings discord everywhere he appears and Kills everyone who is not careful and wary.  Also he will kill all the friends of those poor person, even his servants and assistants.   Some resources tell that Andras is the Best secrets keeper. He  is able to make things hidden from wrong people ears and eyes.  Books advice to summon This Marquis of Hell in the situation , when you need to solve the problems in relations between people. He solving them using the Confrontation method.   Andras is able to fix problems fast with such method.  Also its demon of chaos, not only discords. Andras is the conductor of the dead people. He teaches the reincarnation into the animals and astral transformation.  Andras is the spirit of Death, quick  natural death, he is able to send to someone disease that will kill him really quick.  Its very hard to make deal with this demon , and you should not summon him without really serious reason for that.  He has got too bold and daring character and hates when his time is waisted fro nothing.  Andras has extended knowledges in the field of Curses and magic of death and also he is able to make your life longer , if he will like you.  Andras is very strict demon, so be very careful with your words, while talking to   him.  He will understand you too directly .  This demon manipulates the energy of death . Death it is the last confrontation , that is why the acts of Andras  brings the quick changes.

This is the sigil of the demon Andras. The direct instructions of how  to call for him were written in the Lesser Key of Solomon / Goetia. 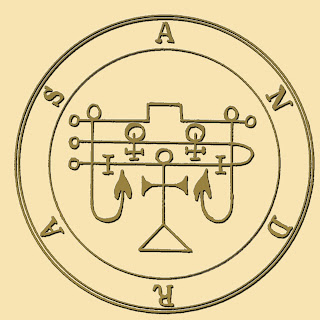 VISIT OUR SHOP TO GET PRODUCTS WITH ANDRAS 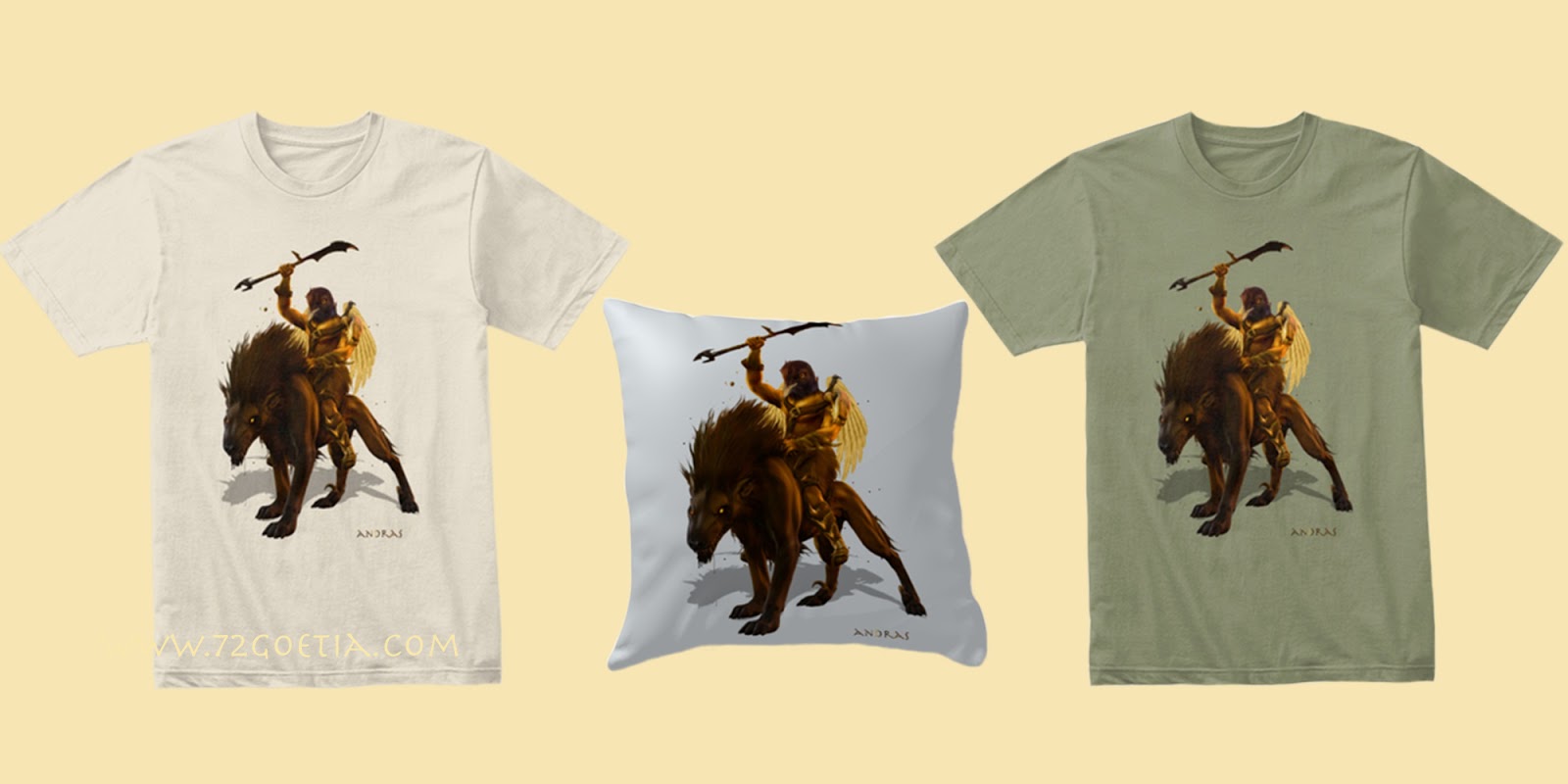