Amdusias the Duke of Hell

Amdusias - the Composer - fighter for the truth.

Amdukias  (also Amdusias) is the Great Duke of Hell in the Ars Goetia of the Lesser Key of Solomon.  He rules  29 legions of spirits.

First he appears as the  creepy Unicorn. But then, after the conjurer asks, he will take his human shape - its the tall man with the dark skin, dark hair and  strong hands . His appearance is accompanied with the sounds of invisible trumpets and other musical instruments, which you can not see ,only hear them. The trees are getting swayed and bending from his voice . And he is able to teach you to do the same. Amdusias can give you the best Familiars.  He patronizes the offended people, the oppressed  and dispossessed ones .  The interests of this demon are Jurisprudence and investigations . He helps those people, who suffer because of injustice  and helps those who were imprisoned without their guilt.  Also this Duke of hell helps to build and keep the strongest family relations. He patronizes  the Musicians, ad helps them in creating the masterpieces.  Amdusias is the lord of nature, he helps people to get in touch with its power and to work with the spirits of nature .  He will bring the conjurer to the deepest beautiful forest, full of ancient wisdom while he is dreaming.  The Magician will  wake up with the pure understanding of the things and sense of life.  This demon can provide you help and cooperation in any secret mission. Also he can make the trees barren.

This is the sigil of the demon Amdukias . The direct instructions of how  to call for him were written in the Lesser Key of Solomon / Goetia. 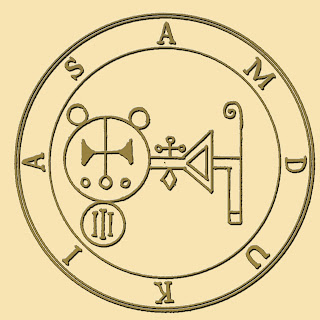 VISIT OUR SHOP TO GET PRODUCTS WITH AMDUSIAS 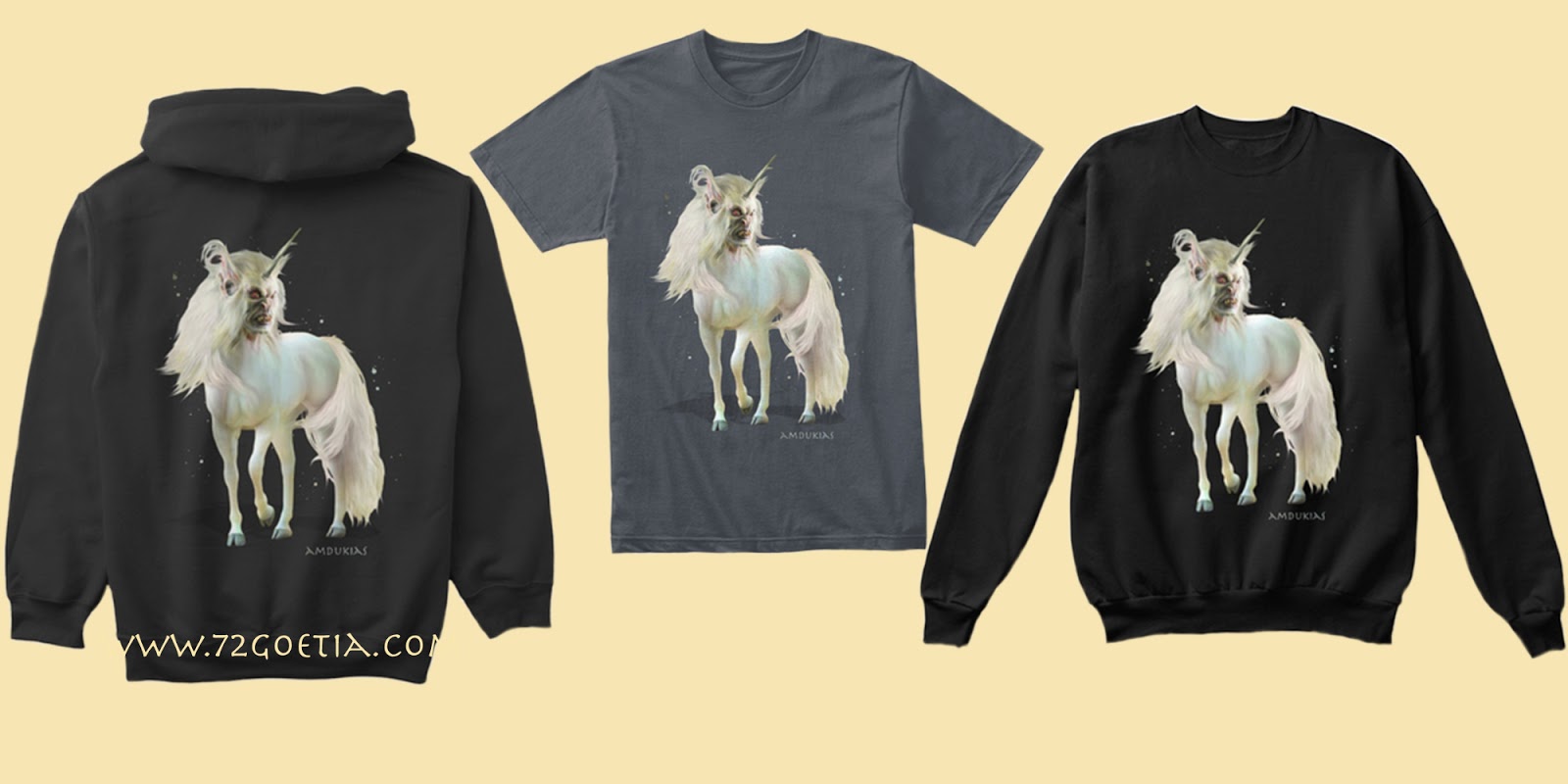